Had been a long time that I tried stuffed bell peppers and yesterday got a chance to enjoy that. It was stuffed capsicum a part of our Sunday lunch. To make it healthy, my options were using minimum oil to cook the stuff mixture. The stuff I prepared was out of soya chunks and potatoes, and just a tsp. of oil to brush the peppers from outside before baking. It is a meal in itself, or it could be a side dish or even it could be a starter. In our case it was a starter for us yesterday for lunch. 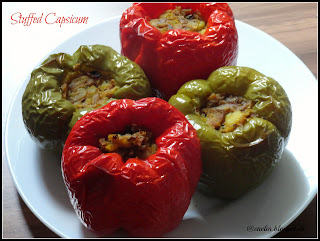 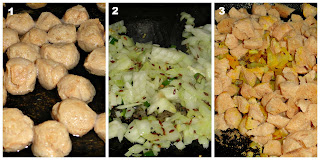 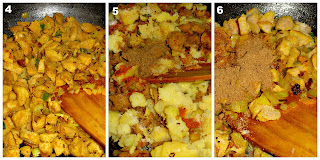 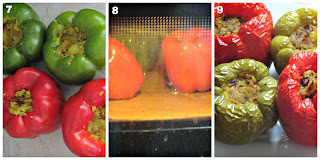 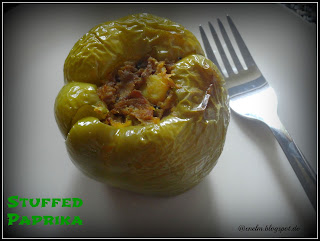 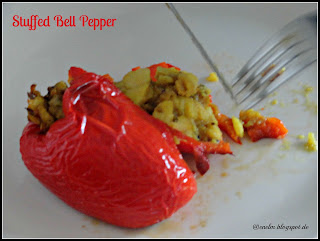 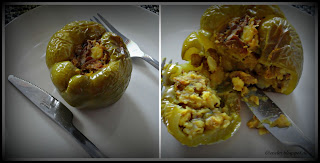