My daughter had been requesting since yesterday that today I am not supposed to do anything in the morning as she is supposed to do for a reason. I kept pestering her asking the reason even though I had an idea as what were her plans to amaze me for mother's day. She made an amazing breakfast in the morning and gave me a handmade card and a bouquet of flowers. It was great to eat a morning cheese toast made by her. Best part was she made her toast first, had that😉 and then with her toast energy she prepared for both of us. Small cute things bring loads of happiness. So I thought to amaze her with her favourite chocolate cake. 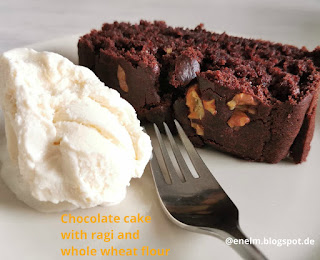 Now it makes sense that I make something healthy so that I won't carry the guilt of feeding her unhealthy stuffs. So here comes my chocolate cake with fingermillet flour and whole wheat flour. That too eggless. I must say it came absolutely soft and perfectly crumbly cake.

Let me take you to the recipe. 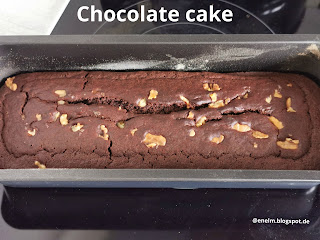 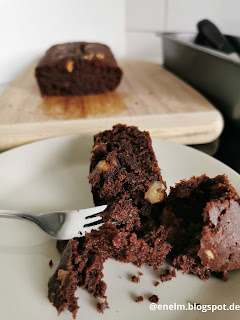