Sakkarai pongal meaning sweet pongal is generally prepared in temples as a prasadam, (an offering made to a deity, as a thanksgiving). This type of pongal is prevalent in pongal festivals such as Thai Pongal in Tamil Nadu, India. Ingredients can include rice, coconut and moong bean. Sakarai pongal is traditionally sweetened with jaggery, which gives the pongal a brown colour, though it can be sweetened with white sugar instead. This is what I got form Wikipedia.
Recently my better half was literally forcing me to prepare this dish and I was like why he had developed this craving for sweet pongal. He also was very much particular about the recipe I followed. He didn't want me to use sugar instead of jaggery and also he told me that he will get from Indian stores edible camphor. He wanted that flavor too in his sakkarai pongal. I was telling him that camphor doesn't alone play any great role, it is all fine to prepare it with the flavor of cardamom alone in it. His search was in vain for edible camphor though. He finally relied on my statement and asked me to add more of cardamom and prepare this dessert. He loves to eat sweets and also particular that the sweets should have good quantity of sweetness in them. When he eats savory items he would not like any kind of sweetness in them. Phew, at times it is real tough time for me making him feel satisfied.
So I followed my own recipe with good amount of sweetness using both jaggery and sugar to get it right moreover as desired by him. Here goes the recipe. 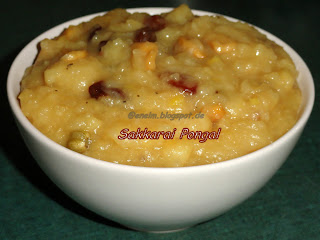 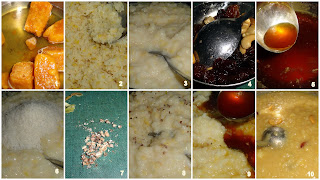 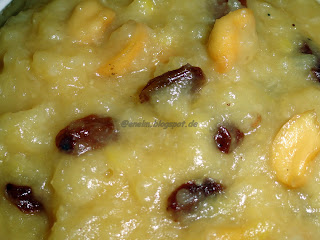 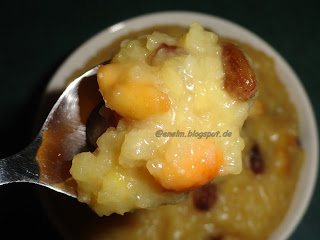 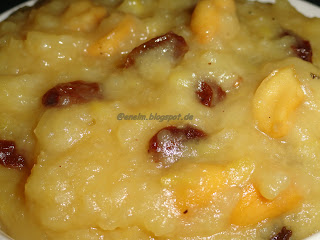 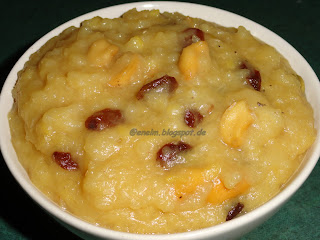 Sending this to Gujarati zaika